Plot Summary:The story, while not biographical, is founded on incidents in his life, showing his devotion for his sick wife, Virginia. Desperate from his utter helplessness to ameliorate his dying wife's suffering, owing to extreme destitution, he is in a frenzy of grief, when a raven is seen to perch on a bust of Pallas above the door of their cold, cheerless apartment. An inspiration! He sets to work, and that masterpiece. "The Raven," is the fruit. During his work he has divested himself of his coat, putting it over his wife to protect her from the cold. The poem finished, he rushes coatless and hatless to the publisher, where he meets with scant attention. One editor, however, thinks the work possesses some merit and offers ten dollars for it. Ten dollars for the greatest jewel in the diadem of fame - think of it! Poe thinks of the comforts, meager though they needs must be, for his poor wife and accepts the offer. Hastening to the store, he procures food, a heavy comfortable for the cot, and medicine, and with much lighter heart returns home. Spreading the quilt tenderly over Virginia, he takes her hand and gazes fondly into her sightless eyes, but the cold, unresponsive hand tells him the awful truth. "My God, she is dead!" and he falls prostrate across the cot. 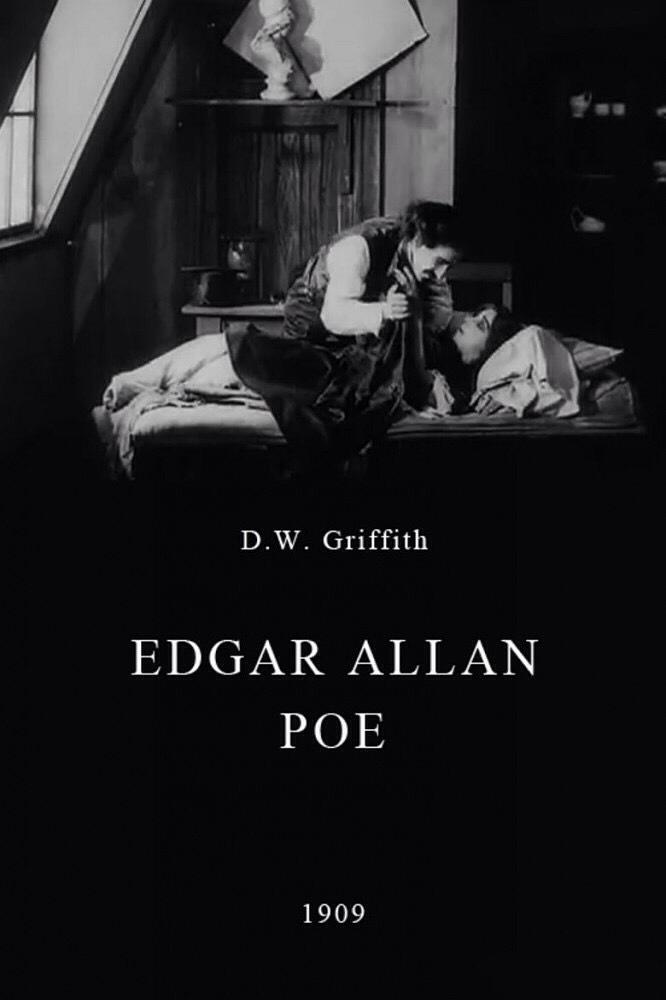